Note: Exact  Shotgun Cartridge Identification requires the identification of both the headstamp, primer and the shell case. Many companies, such as Winchester may only place a "Winchester" headstamp on the cartridge base for various models of shot shells which are very different from each other. For example, the "Winchester" only headstamp is used on Winchester Standard loads, Winchester Magnum Loads, Winchester Duck and Pheasant Loads and various other Winchester shot shells as well as shells loaded by many different companies. Small companies often buy hulls from the larger manufacturers to reload and sell themselves. It is therefore important to note what is written on the shell casing itself (either on the top wad or written on the casing) to aid in the identification of the shell. The color of the plastic or paper hull as well as the case size and the size of the brass rim must also be taken in to consideration for identification purposes. The color, size and type of primer used may also be an indicator of manufacturer or if reloaded. Primer size, color, type and size have changed over the years and can sometimes give an idea to the age of a shell.

The contents of the shell is also of great importance to proper identification. Sometimes the contents are marked, other times not. (If you look at the very top of the shell, on most older paper shells, there should be a paper cap that displays the powder and shot type). This may require further inspection and research by the collector to determine just what you have. Shells may be made with Black Powder or smokeless powder. The casing may be paper, plastic or Metal (usually brass, steel or Aluminum). The shell may be loaded with a slug or shot (size 0000 all the way up to #12 or dust shot), with the shot being made of either lead, steel, copper, bismuth or tungsten etc.

On some headstamps (Especially Brass) there may also be an A or a B after the gauge. This is mainly used to represents the shell type or lot by some manufactures, for others it indicates the ability of the shell to be reloaded. For other manufactures, the A or B has represented the powder (Smokeless or not). Also keep in mind, that in some cases, the Letter can actually represent an alternate gauge. An example is a 20A UMC shell that has been found to actually be the rare 18 Gauge shell. The 20A also exists in greater quantities in the 18 Gauge. The guess is that UMC used surplus 20 gauge shells to make the experimental 18 gauge shells. Many gauges also have various lengths. There are a lot of variable to shotshells and often the box is the only surefire way to date the shell.

Metal Detectorists often find shell heads and I am often asked for values on these shells. Unfortunately to cartridge collectors, just the heads of these shells generally have no value. Shells that are collected by collectors need to be shells with the full paper or plastic casing and in good shape by most collectors. Full shells are even more desirable than empty shells.

Gauge can also vary, and include both standard and Metric Sizes, as well as a Collath system of gauges which is entirely different.

Some more common "known" gauges are:

(Please note: Headstamps may have one or both of the markings listed. EX: A Western Field shotshell  may have just "Western" on the brass, while the same type of shell may also be marked "Western Field" on another base). The second name generally represents the brand name or purpose of the shotshell and may be either stamped on the base or written on the cartridge case itself. ** Some US shotshell manufacturers used a steel base instead of brass, during WWII.

( Dates after shells indicate dates of known manufacture. Dates after company name indicates known dates of the company being in business.  An * after the shell represents the shell is generally a brass shotshell, but the headstamp may be found on others) 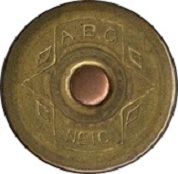 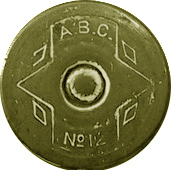 some have circles and designs around lettering. Others are plain 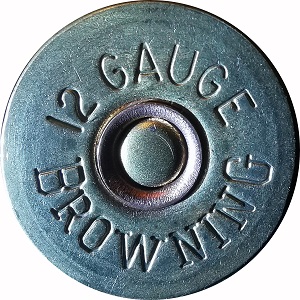 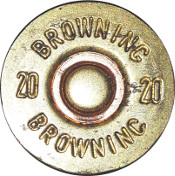 CLINTON CARTRIDGE COMPANY
(1904 to 1930's, owned and operated by Sears Roebuck, shells usually made by Federal) 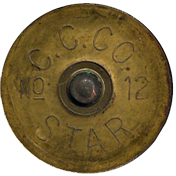 FEDERAL CARTRIDGE COMPANY
(1922 to present. Prior to 1922 was called Federal Cartridge and Machine Co. with same Federal Headstamps)Currently owned by ATK (along with Speer, Estate, RCBS, Weaver etc) 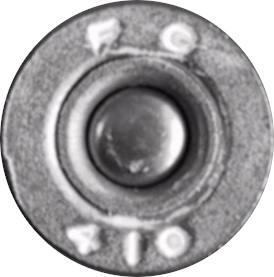 HERTERS
(1959 -present, although now the Company name is being used by Cabela's, it is not the same as the original Company and thy use a USA headstamp)

Made By WRA Co for them 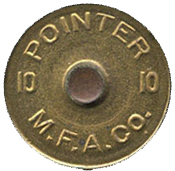 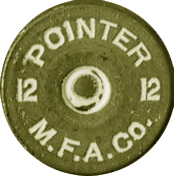 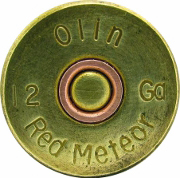 US CARTRIDGE COMPANY
(1864 to 1926, then purchased by Winchester Western)
(Headstamps may have periods in between letters.) 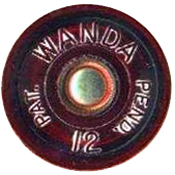 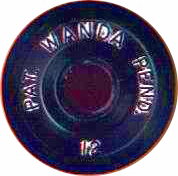 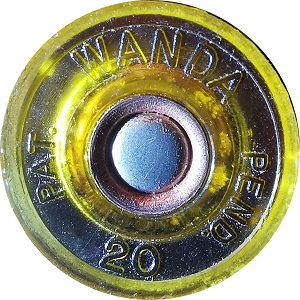 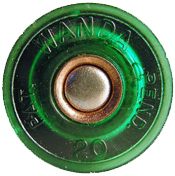 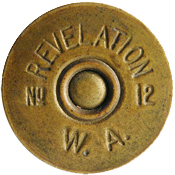 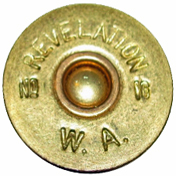 MORE US Headstamps
in brackets is the company name who makes the shell,
a "?" denotes that I can not find who the actual maker is.
* = mainly all brass shells Made by ICI England for Scott Powder, USA 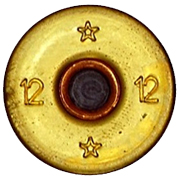