*Cartridges with an "@" after the listing denotes there is a picture of the cartridge at the
bottom of the page.

*A Year represents date of the cartridge patent or commercial release. 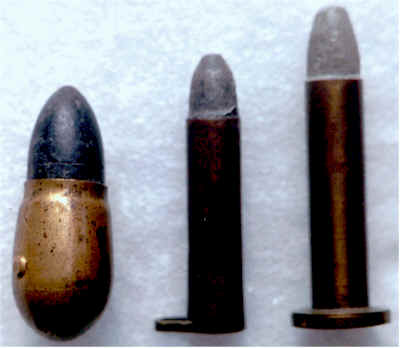 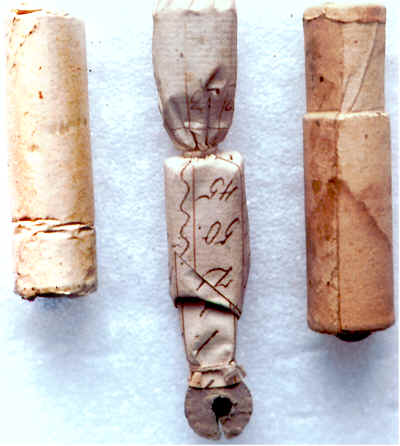 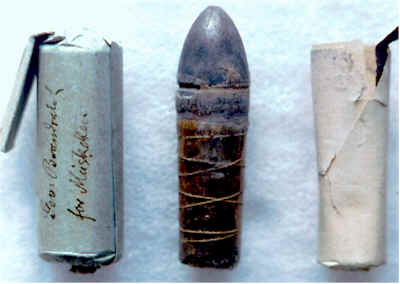 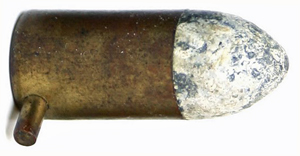 I am not including the dimensions of cartridges smaller than 25 Caliber as they are fairly obvious to identify.


NOTE: Cartridge length may vary considerably and is not an accurate measure in identification. The following measurements are the averages, or the ones most likely encountered.

UNITED STATES CARTRIDGE CO. (USC CO.)
BULLET: Wide belted, round nose, target type with either no grease grooves, single, or
double grease grooves.
CASE: Centrifuse causes 3 to 8 ticks on the inner side of the rim.

UNION METALLIC CARTRIDGE CO.:
BULLET: Typical style, as well as one that has 2 equal sized grease grooves with a
round nose.
CASE: May have very flat head, or the rim may be rounded without any centrifuse marks.