(Note these measurement pages are not being updated as a more updated and expanded version (including cartridge pictures)  is available for order on the headstamp guide. These links will still be left on for the site users though)

LEGEND FOR THE CARTRIDGE CHART

Notes: Bullet diameter and length can vary by several thousandths amongst similar cartridges.  The sizes listed are those that are most commonly encountered or that have been available to measure.

Cartridge Length may also vary and is not a particularly useful measure for identifying cartridges. Lengths do vary , depending upon load type, bullet weight, manufacturer and by date made.  An example is the .45-70 cartridge: 405gr.  Loads from the 1870's are about 2.63" long, while current standards call for a maximum length of 2.55". 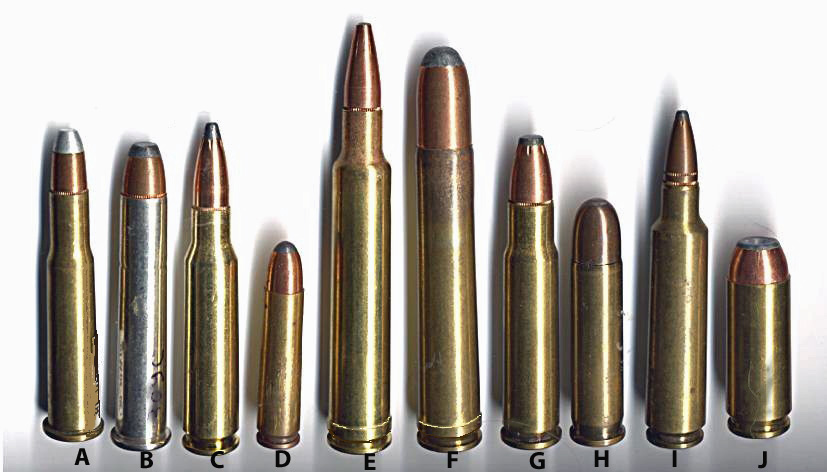 Unless otherwise noted all dimensions are in inches.

Note on Blackpowder primers: Not all companies used the same primer type or size in the same caliber or length case.  For example, the .45-70 was usually loaded with a standard large-rifle diameter primer.  However, Marlin's version used small-rifle diameter primers and Sharps ammunition used Berdan primers. Many Companies such as the WRA Co, also used different primers in the same caliber of cartridge over the years. Primer type and size listed are what appears to have been the most common size and type used in most commercial loadings.

Year Introduced: This is the year the cartridge was released/patented. If 2 dates are given, the second date represents the commercial ammunition introduction.

(Cartridge in brackets under cartridge listing indicates the parent cartridge)